Could pelvic floor exercises be worsening your continence?

Pelvic floor dysfunction is prevalent among women and it is not just an issue related to the older population. It is common in young women too. This is partly because some women don’t even know they’re experiencing pelvic floor dysfunction, like my friend who gets up to go to the bathroom five times a night. Drinking a lot of water doesn’t mean you should expect to go to the bathroom more than once a night. Of course we’ve all heard of the leakage that occurs on coughing, sneezing, or laughing too hard after childbirth but this shouldn’t be something that is accepted as part of life from that point on.

Part of the reason that some women learn to live with this issue is because they do their kegel exercises, their continence improves, then they get “a bit lazy” and the problem worsens again. So they blame themselves.

Kegels are just the beginning of the story. Christina Christie, a renowned women’s health physical therapist likens the kegel to a bicep curl: “it’s like doing a bicep curl all day and then trying to function like that”, imagine trying to get your hand to your plate to eat your dinner whilst in a bicep curl, the whole body would have to move instead, it would be almost impossible.

The kegel is similar in that it is a constant, maximal contraction of a muscle, which like any other muscle should be able to rest and contract in order to function normally. Many women struggle to fully relax their pelvic floor because they would experience some leakage. This is not a normal functioning pelvic floor and a more rounded exercise program can overcome these issues.

The kegel looks only at the pelvic floor muscle in isolation, when there is a whole system that needs to be assessed and addressed in order to optimise the function in this area.

This system is called the Pelvic Core Neuromuscular System and it includes the abdominals at the front, the respiratory diaphragm at the top, the pelvic floor muscles at the bottom, and the back and hip muscles at the back. All these muscles therefore need to be considered when improving continence issues. 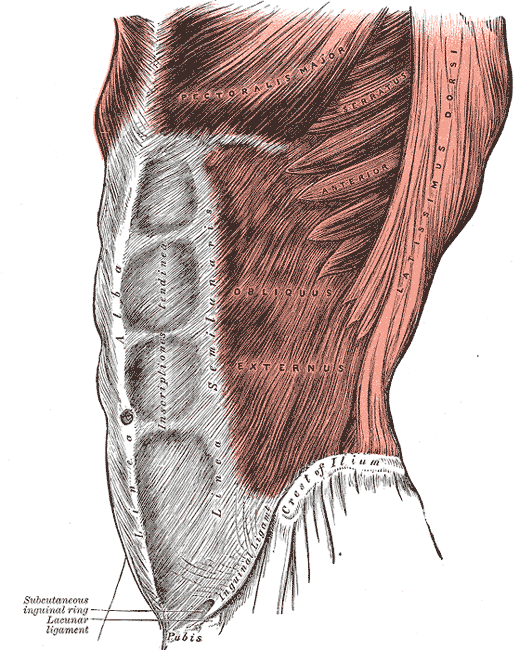 The pelvis makes up a complete ring that the pelvic floor muscles attach to and make a bowl by lining the bottom of the pelvis. Most women know that, but we have to consider that the ribcage (thorax) also creates a ring, the ‘thoracic ring” and these two rings are connected to each other from all angles and on all sides by muscles that make the abdomen into a barrel shape of muscles. The pressure inside that barrel depends on it’s lining, and all these muscles should work in synergy for an optimal system.

Consider then a woman suffering from continence issues, whose doing her kegels religiously and has a stiff back – is it reasonable to think that could effect the function of muscles in this system?

It is also important to note that one of the hip rotator muscles attaches to the pelvic floor so if you have a muscle imbalance at the hip this can directly impact the function of the pelvic core neuromuscular system.

It is so important for these muscles to work in an integrated fashion rather than separating out muscles and working them in isolation. We need to train these muscle to fire together and without conscious thought because if you have to think about it and squeeze, it’s too late.

Kegels are conscious exercises that only look at part of the system, if we want to truly address continence issues we need to look at how the individual woman’s body is moving to see which parts or muscles aren’t working as they should. We can then address these muscle imbalances and movement pattern problems to regain normal activation of the Pelvic Core Neuromuscular System and reduce incontinence issues.

Credit to Christina Christie from Pelvicore and Gary Gray from the Gray Institute for their work in this area.

Katherine is our Physiotherapist and is available for consultation at City Osteopathy Integrated Health in Hong Kong. Please call 2151 4795 to arrange for an appointment.

Back Pain In Children 細路肩頸背痛

September 12, 2017 / Comments Off on Back Pain In Children 細路肩頸背痛